Why I Became a Vegetarian 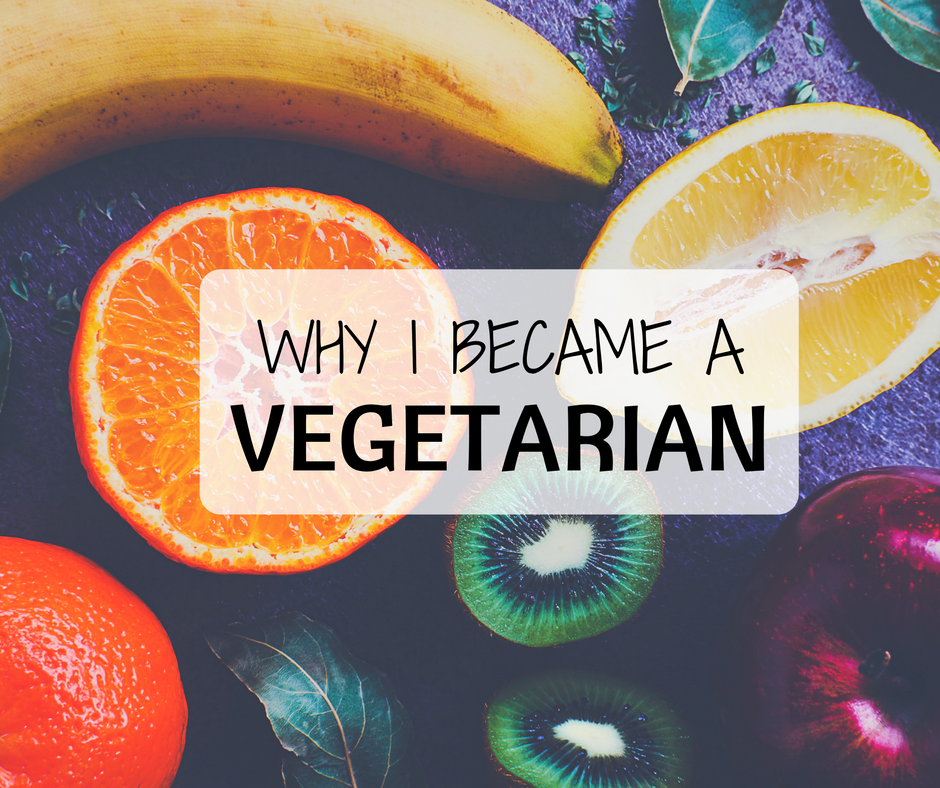 I’ll be honest, it was not difficult for me to become a vegetarian. Before May 22, 2015, the only meat I ate regularly was chicken, turkey, and fish. I had eliminated “red meat” from diet several years before this. I don’t remember exactly why I stopped eating beef but I do remember reading some article that stated “red meat” was hard on our digestive tracts so I just went with it. This wasn’t hard because there was a turkey alternative for all my favorite foods. I should also add, since my little sister was obsessed with pigs (and still is 😉 ), as we grew up, pork was strictly prohibited in our household.

That day in May when I took the leap and abstained from chicken and turkey, it was barely even noticeable. I ate the same things I usually ate but replaced the meat with other sources of protein. There was definitely a learning curve in the beginning. I had to do my research and start to look at food differently: each food I put into my body had a purpose. I was no longer eating to feel full or for taste, I was eating to nourish my body. After a few weeks, I knew I would never go back.

When did I decide to go vegetarian?

I became interested in vegetarianism when I graduated high school but never seriously considered it. Like most, I focused on all the reasons NOT to become one. I convinced myself it would take too much time/effort which I didn’t have and that, as an athlete, I wouldn’t be able to get enough protein to repair my muscles. Any time I mentioned the interest, people told me “you’re going to waste away” or “you’re going to become malnourished”. Fast forward to my final year of undergrad — I promised myself I would make the transition to vegetarian. I knew I wouldn’t be able to make any excuses because my cheerleading career would be over and I would have plenty of free time. I’m happy to say, the day after graduation was my first day! 🙂

So what exactly convinced me to go vegetarian?

While many people switch to a plant-based diet for the health benefits, my primary motivation was my love for animals. Raising my two doggies showed me we have more in common with animals than we have differences. All animals have emotions just like you and me – they can feel love, excitement, attachment, fear, and suffering.

When I started doing research, I quickly realized the only thing difficult about becoming vegetarian was acknowledging the horrific reality of the meat industry. The animals do not live a single day without pain and suffering. I didn’t believe what I read until I saw it. As much as I didn’t want to, I forced myself to watch real undercover videos as I cried in horror. I doubt even the most devoted meat eaters would be able to watch those videos without getting upset. The images from those videos are forever engrained in my head. The second I saw them I knew I could never eat meat again.

“If slaughterhouses had glass walls, everyone would be a vegetarian.” – Paul McCartney

I believe it is natural to question the way we eat and what we eat. We inherited our diets from our parents which they inherited from theirs and so on. In other words, eating animals is our “cultural norm”. Like any of our beliefs, we have a right to question them and explore alternatives. I don’t expect everyone who reads this post to walk away and never eat meat again. I wrote this post because I think more and more people are becoming interested in this lifestyle and want to learn more.

Final Thoughts: People become vegetarians for many different reasons. If you are seriously considering this lifestyle change, I can tell you first hand the best reason to make the switch is justice for the animals. I believe you are more likely to stick to something when you are doing it with others in mind and not just for yourself. This is one of the only “diets” that not only affects you but also others as well! These animals have no control over their situation – it is on us to be their voice and proponents for change. Having switched to a plant-based diet, I feel genuinely happier and healthier than ever.

If you would like to learn more about vegetarianism, here are the resources I recommend:

Thank you for reading! I hope you took something away from this post.

If you liked this post, let me know in the comments!

find me on social media

What are you searching for?